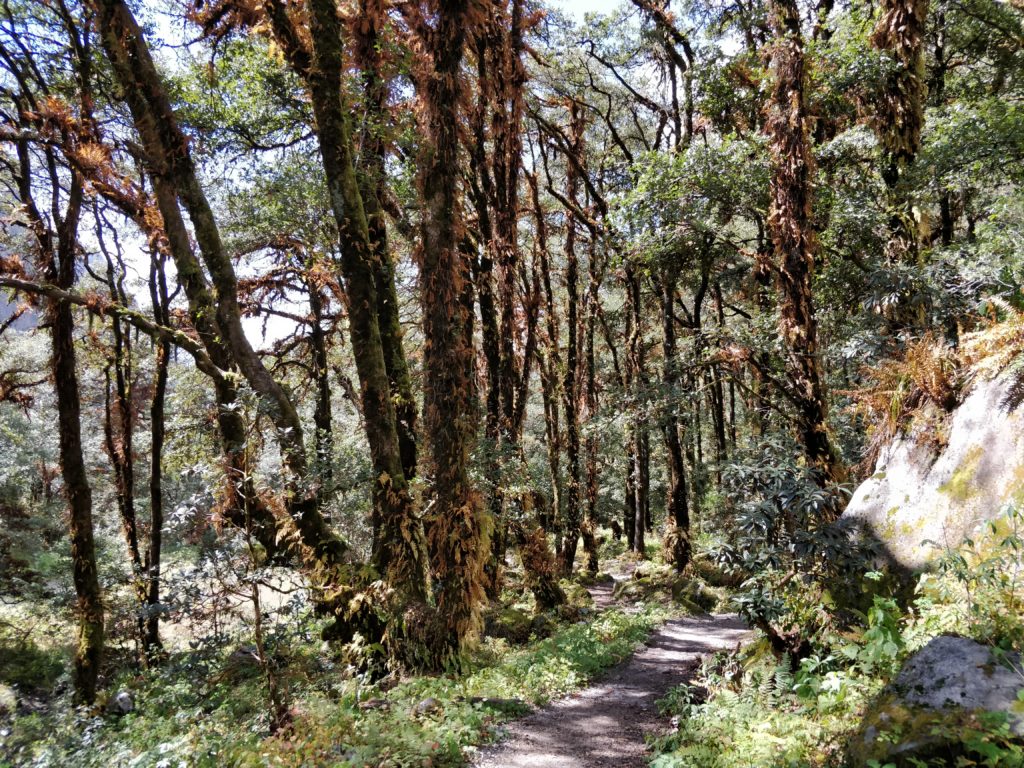 Posted In: International Tours, Traveler's Blog, by Irtiza on Oct, 15 2018. Leave a Reply

On the way down we took the route which got damaged by the earthquake in 2015. The route seemed a bit wilder, as people do not take this route generally anymore. There were more birds, huge trees with fern growing out of them, and some steep climbs. Today’s trail (like the new one as well) had some very dangerous parts where we had to walk through active landslides. Only this year, I think in April, two Israelis died while crossing one of these, getting hit by a falling rock. Their place of death is marked by a torn Israeli flag. The flag helps to remind us, how real the treat is, and how very dangerous it was 3 years ago! Couple of nights ago, an English guy at dining hall was saying, when we come across one of many such landslides, all we can do is walk fast. And if we hear something different from the river we should run and hide behind a boulder. Because the strange sound can be of rocks falling and all it takes is rock about the size of a handball and we are history.

We couldn’t find room in Lama Hotel – too many tourists. So we walked up 30 minutes to a place called Rimche. The lodges were booked there too and we got to camp out in tents. Our tent was literally in the middle of a wild cannabis field. I’ll leave the rest to your imagination.

Read the other parts of the Langtang Trek Diary

A small town kid, stuck in a big city!

View all posts by Irtiza →